I am delighted to confirm that my personal blog has reached the finals of the 2018 Blog Awards Ireland in two categories.

This week the organisers of the awards contacted me to confirm that I am a finalist in both the Blog Post and Current Affairs / Political Categories.

I received the silver medal in the second category in Dublin last year.

I am particularly thrilled by the first nomination as it relates to a piece I wrote about Tuam Home survivor Peter Mulryan back in March.

I decided to write the blog post after meeting Peter at the wonderful Flowers for the Magdalenes ceremony in Galway.

It takes place at the Bohermore Cemetery in the city each year, with a small group coming together to honour the women who died in the Magdalene Laundry in Forster Street in the city.

This beautiful ceremony gives the women – including Peter’s mother – a dignity which was denied them in life.

His mother died at the Galway city laundry and it was only after her death that Peter discovered he had a little sister, who was one of the 796 ‘Tuam Babies’.

He has been campaigining for justice and the truth ever since. I felt compelled to write the piece after noticing that I was the only print journalist at the ceremony, although some photographers did attend.

Throughout the past year I have also continued to write an occasional political blog which examines issues such as corruption, neutrality, homelessness, and racism, which are not always covered by the mainstream media here in Ireland.

The awards ceremony takes place at the Tramline in Dublin on Thursday, October 25.

Please note that I am also available for ‘ghost’ or ‘business’ blogging. If your company is not getting your story out to your online community, why not consider hiring a professional journalist to write a blog on your behalf every week or every month?

You don’t even have to be based in Galway. We could chat via Skype and I could then write blog posts depending on your story.

And thanks for the support! 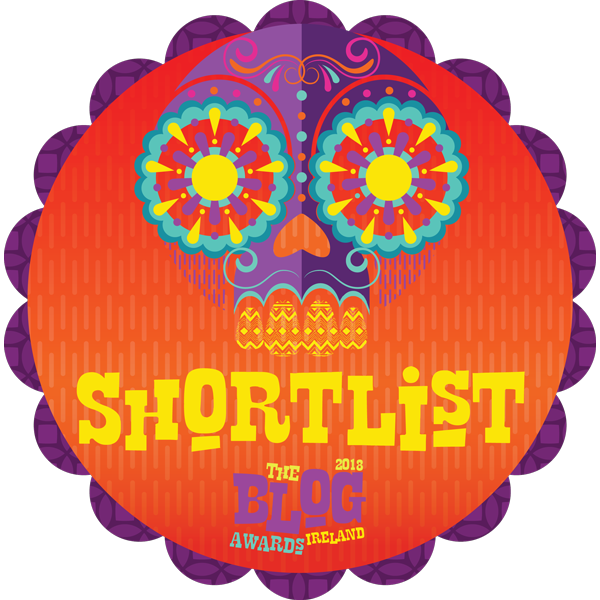 Great to recognition for my blog!

During a tough climate for journalism in Ireland, blogging can be a great way of reaching out to a wide audience and covering issues which do not always reach the mainstream.

In 2014, before I left the newspaper industry, I set up a personal blog which allows me to write regularly about issues I feel passionate about.

Issues I have covered over the past year include homelessness in Galway, the rights of clerical abuse victims, racism and injustice, sexual abuse in a meditation group, and the monthly peace demonstration at Shannon Airport.

In 2018, I have been particularly touched by the families of the ‘Tuam Babies’ and their campaign for justice, plus those who felt a need to demonstrate during the visit by Pope Francis to Ireland last month.

The Shannonwatch protests, for example, get very little coverage in the mainstream Irish media.

This week I was delighted to be informed that I have made the shortlist for the 2018 Irish Blog of the Year awards.

The awards ceremony takes place in Dublin in October and I was delighted to pick up a silver medal after reaching the final last year.

You can read my personal blog at http://ciarantierney.blogspot.ie/

There is still another round of judging before the finalists are announced. I’m in the Current Affairs (Personal Blog) category.

Blogging can be a great way for independent journalists to reach a wide audience, even if there are no immediate financial rewards.

Please note I am also available to blog for YOUR business. If you want to reach out to your online community with regular posts, please do get in touch at ciaran@ciarantierney.com.

Blogging for business allows me to pursue my passion for social justice causes and I’m also open to sponsorship if anyone wants to reach thousands of readers every month via my blog.