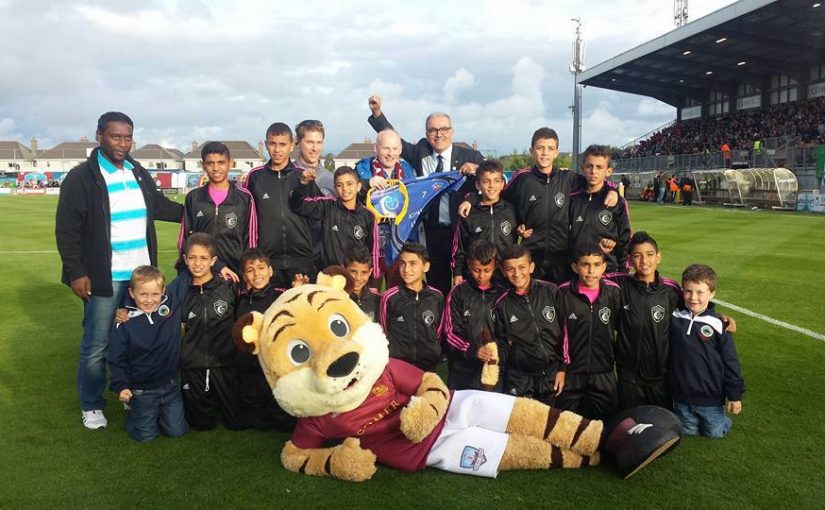 In Gaza, the trauma of the children never seems to stop.

Even when the bombing stops, and the focus of the international community turns away, the youngsters growing up in one of the most crowded places on earth face restrictions, shortages, and frustrations which would be unthinkable in Ireland or any European country in 2021.

An average 15 year old on the tiny strip has now lived through four major offences by the Israeli military, seeing buildings being destroyed, the lives of friends and family members cruelly cut short, and the terrible lack of hope in a place which has been described as the biggest open air prison on earth.

Long before the coronavirus pandemic, the children of Gaza knew what a lockdown meant. Hemmed in by Egypt and Israel, the borders sealed for months at a time, and no chance of escaping via the sea, there is nowhere to escape to.

There are no safe rooms or shelters to take refuge in when the buildings they live in are being blown to bits by one of the most highly funded armies on earth.

Three years ago in Galway, I helped to raise €4,425 to bring a team of talented young footballers from Gaza to Ireland.

The members of the Al-Helal Football Academy had delighted everyone who met them during previous trips in 2016 and 2017. Indeed, in 2016 they were guests of honour at a Galway United game and got to meet the President of Ireland, Michael D. Higgins, after the game. They were thrilled.

So my friend Hugo Seale and I were delighted when Steve Wall of The Stunning and local ‘indie’ expert DJ Foz agreed to come on board to run a benefit gig for the Gaza children in Galway in July 2018.

The Stunning played a sold out gig at the Big Top at the Galway Arts Festival and were happy to come on board for a late night DJ set at Massimo, the late night bar, afterwards. The night was such a huge success that we had to turn dozens of people away at the front door.

Management at Massimo described it as the best night of 2018 in the popular late night venue and we were over the moon to be able to transfer €4,425 to the organisers of the trip to bring them to Ireland the following day.

The boys were due to return to Ireland later that month and the funds raised were set to help towards the cost of their trip.

All of the preparations were made at the Irish end. Only … they were denied exit visas in 2018. And again in 2019.

The disappointment was unimaginable among the talented young footballers from all over Gaza who were keen to come to Ireland again to show off their skills.

But the children of Gaza are used to dealing with crushing disappointments.

Every day they hear the adults say “It’s God’s will”, such as when there are water and electricity shortages, they are prevented from visiting family members in the West Bank, or a cancer patient is prevented from travelling to Jerusalem for treatment because the Erez checkpoint is closed.

A cancelled football trip might not seem a huge priority in a place which was bombed to smithereens in 2008-9, 2014, and again last month when at least 67 children were killed during an 11 day bombardment of Gaza.

Because of that, the money we raised in July 2018 was still sitting in the Gaza Kids to Ireland account until this week. We raised the money so that traumatised little boys could enjoy a holiday in Ireland and we kept hoping they could come back every year. In 2020, the pandemic put paid to the best laid plans.

It’s the kind of news story you never hear about Gaza, that a brutal siege prevents young sports stars from showcasing their talents around the world. It’s collective punishment of two million people.

Half of those two million people who live in the strip are children and an estimated 75% of them are refugees or the descendants of refugees from what is now Israel. For 11 days last month, bombs were dropped on this tiny piece of land, displacing more than 70,000 people from their homes.

Because they cannot travel, I discussed the issue with Hugo and Steve last week, along with Kevin Healy of Massimo. All of us agreed that there was an urgent need to divert the money we raised in 2018 to medical aid for the people of Gaza.

Their needs are great and we decided to transfer the funds to the Trocaire Gaza in Crisis Appeal last night. https://www.trocaire.org/gaza-in-crisis/

Thanks so much to the Gaza Kids to Ireland project for agreeing to divert the funds at a time of such great need and we hope everyone who attended the gig in 2018 understands why we were compelled to transfer the money to Trocaire, as the boys won’t make it to Ireland for at least another year.

“If there is a hell on earth, it is the lives of children in Gaza,” UN Secretary-General Antonio Guterres said recently.

The Irish people have always shown great support for the people of Palestine. Please remember the children of Gaza even as the eyes of the world turn away from the pain and suffering they experience in that tiny place by the sea every day.

No child deserves to grow up surrounded by such a lack of hope and such terrible tragedy.

Hopefully, the talented young soccer players will make it back to Ireland in 2022.

In the meantime, though, Trocaire and their partners on the ground are doing their best to deal with a medical and humanitarian catastrophe in Gaza.

Ciaran Tierney is a digital journalist, tourism officer, and an award-winning current affairs blogger. Find him at ciarantierney.com/ and on Twitter @ciarantierney