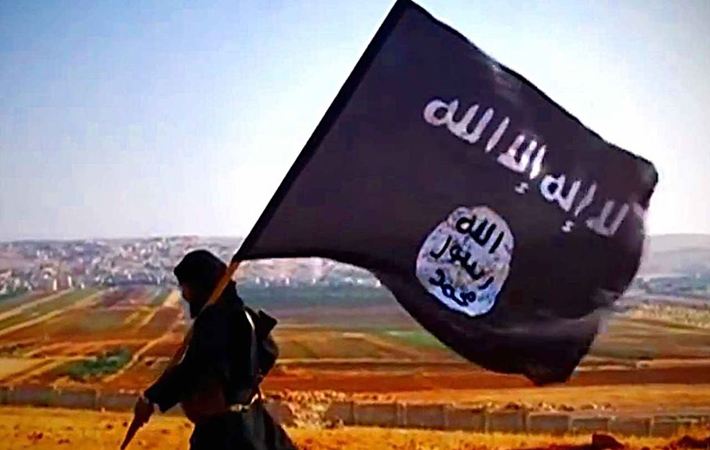 Controversy seems to have raged over the past two weeks over whether or not the 1916 rebel leaders were justified in staging the Easter Rising at the height of World War One.

Opinion makers on both sides of the Irish Sea have claimed there was no justification for the rebels’ decision to take over key locations in Dublin and other towns and cities.

I felt compelled to write a blog about the controversy after being sickened by two articles in the Daily Telegraph which compared the Irish rebel leaders of a century ago to the ISIS terrorists today.

Some Irish commentators have argued that the Rising was not justified, that Home Rule was eventually on its way for the Irish after years of colonisation by the British Empire.

People seem to be sick of having to apologise for the actions of the “terrorists” who took on the might of the British Empire, as though their uprising occurred in a vacuum.

The men and women of 1916 knew that the Irish had been denied Home Rule and equal rights for decades, they hadn’t forgotten about the Great Famine, the British landlord class, or how hard people had to struggle for Catholic Emancipation.

They really believed independence was impossible without bloodshed and it’s too easy to judge them by today’s standards.

They were also acutely aware of the bitter experiences of previous Irish nationalists such as Daniel O’Connell, who tried to use peaceful means to achieve Irish freedom.

The blog is entitled ‘Dear Daily Telegraph’ and it was reproduced today as an opinion piece by Irish-American website irishcentral.com.

There is a link to the article here: http://www.irishcentral.com/opinion/others/A-reply-to-Daily-Telegraph-which-compared-1916-leaders-to-ISIS.html

I wish to apologise. Over the past few days, I’ve been guilty of some sinful thoughts. I have actually taken some pride in honouring the people who lost their lives in the fight for my country’s freedom.

I know, I know … I should be ashamed of myself. They were “terrorists”, the equivalent of Islamic State today if I was to believe what I read in your newspaper.

Those cowardly men and women stabbed the British Empire in the back at the height of the Great War, they were traitors one and all at a time when Irish people should have known that their real “enemies” were over in Germany, Austria, and Turkey.

Dublin, of course, was a “British” city, part of the greatest empire in the history of the world. It was an empire which civilised the “savages” from Egypt to India, Kenya to Pakistan, for so many years.

It was all the rebels’ fault. England was eventually going to treat Irish people with a modicum of respect. It was just a matter of time before you’d begin to treat us as equals and grant us our independence.

I know, I know. The 1916 leaders’ parents and grandparents had seen thousands of their countrymen and women perish in the Great Famine just 70 years before, but it wasn’t Britain’s fault. There was no famine. Food was still being shipped to Britain as the Irish lay dying on the roadsides.

But let’s not talk about that, or the cartoons in British magazines at the time which depicted the starving Irish peasants as a sub-human species.

You didn’t give Catholics a vote for many years, hell you didn’t even allow them to own any land. But, of course, it was just a matter of time . . .

The “terrorists” in the GPO were murderers and you did wonders for the law and order problem by bringing in the Black ‘n’ Tans in response to their terrible uprising. Do English people even know the atrocities that raggle-taggle band of brothers carried out across my land?

I guess the Black ‘n’ Tans don’t feature too prominently on your schools’ curriculum these days. Might make for uncomfortable reading.

Ireland was part of a parliamentary democracy and we all know that the MPs who sat in Westminster had the best interests of the Irish at heart.

Your columnists believe that the 1916 rebels were their era’s equivalent of Islamic State, and who am I to disagree?

Can’t imagine why my grandfather despised the British Empire after armed soldiers shot up his house in rural East Galway. You can still see the bullet holes today.

Can’t imagine why his neighbour hated anything to do with Britain, after being hunted down for five years while he managed to survive “on the run” in haysheds across the West of Ireland.

Can’t imagine why the people of Ardrahan were anti-British after the Black ‘n’ Tans shot an unarmed woman dead at the door of her house as she held a baby in her arms.

Can’t imagine why the starving Irish who took the ‘Coffin Ships’ to America – and were damn lucky to survive the voyage – might have decided to send funds back to support the “rebels”.

It has taken Ireland a hundred years to come to its senses, you claim, notwithstanding the fact that millions of people of Irish descent are scattered throughout North America because of racist British policies towards my people in the 19th century.

You condemn “our” terrorists for the “collateral damage” caused by the rebels in 1916, yet I never see you question how many innocent lives were lost when Tony Blair decided to join George W. Bush in his ill-fated Afghan and Iraqi wars as recently as a decade ago.

It’s still ok, it seems, for the former empire’s forces to bomb innocent civilians thousands of miles from home in the 21st century, but not for Irish rebels to take over Irish cities and towns in order to proclaim a republic, where men, women, and children might have equal rights.

When your country kept playing the Irish along, promising but never delivering home rule, you played into the hands of the “terrorists”. Irish people instinctively knew they would never achieve freedom without spilling blood.

When your empire’s forces executed the 1916 leaders, you lost all moral authority over the Irish. People would not have voted Sinn Fein ‘en masse’ in the following General Election if they did not have genuine grievances over the way the country had been governed by colonisers for centuries.

It’s no fun being treated as a second class citizen in your own land – ask the people of Palestine, another country you meddled with for so long. They are still feeling the pain caused by British meddling in other people’s affairs to this day.

When you continued to rule part of the island of Ireland, you played into the terrorists’ hands again in 1972, when your wonderful forces shot 14 innocent people in Derry on Bloody Sunday.

They were guilty, too. Guilty of demanding equal rights in a sectarian state, in a city where a single Protestant had a better chance of getting a Council house than a large Catholic family.

You could not have come up with a better recruitment policy for the IRA than slaughtering innocent people on that horrible January day on the Bogside. In one afternoon, you managed to turn a whole generation of young men in a run-down part of the city into “terrorists”. Well done.

So spare us your observations about what a backward, priest-ridden society Ireland became after the Empire left these 26 counties.

But, in case you haven’t noticed, we have moved on. Irish people voted overwhelmingly for peace in 1998 and nobody wants to steamroll a million Unionists into a United Ireland. Not against their will, anyways.

We have a President we can be proud of, rather than a “Royal” family – what a quaint and simply absurd concept in the year 2016.

We have an army we can be proud of, who represented us on peace-keeping missions all over the world, from the Congo to the Lebanon.

We have music, games, and a culture we can be proud of, instead of going cap in hand to our bigger neighbours who treated us with disdain – and even racism – for so long.

We still have our ancient language, despite your best efforts to kill it off and to ridicule the peasants who spoke it for centuries.

We didn’t like being subservient to a Government which discriminated against us and we get on much better with the British now, don’t you think, that you treat us as equals.

So, instead of focusing on the shortcomings of our revolutionary “heroes” on this side of the Irish Sea, maybe it’s time to take an uncomfortable look at your own nation’s legacy down through the centuries all across the globe.

Your Empire didn’t “civilise” the Irish, or the Indians, or the Egyptians, or Palestinians, or Malaysians . . . you raped their countries’ resources for as much as you could get and it wasn’t the natives’ fault that you left chaos in your wake, when your beloved Empire began to crumble.

But I guess you don’t teach the lessons of your own troubled history to your children. It might be just a tad too painful to examine how much pain you yourselves have caused for so many years.